GREEN - The Color of Life 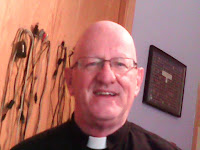 GREEN- The Color of Life

This year we are looking at the colors of Christmas for our mid-week sermon series.  Red was the color of Christmas for last week.  Red focuses on the anger of God over sin and the blood of Jesus Christ which takes away our guilt and sin. The color of Christmas we look at this week is the color of the Christmas tree, the color Green.  The green we associate with Christmas was used before Christmas by the pagans as they celebrated the winter solstice and the return of the sun in the pagan celebration of the Saturnalia.  It happened about this time of year.  It was a holiday of gluttony and intoxication and wanton sensuality.  In other words, it was a great deal like the modern American Christmas of our secular society.  We call our pagan celebrations "office parties" and "Christmas Parties" - and then we overeat and drink too much and, unfortunately, often many people will use the holiday as an excuse for gratifying all sorts of the lusts of the flesh.

The early Christians celebrated the birth of Christ at the same time as the culture around them celebrated the Saturnalia, replacing vulgar and bawdy entertainments with a sober and pious reflection on the great gift of God in the birth of His Son.  Then Christians gave one another gifts, telling each other that these gifts served as reminders of the gift of the Christ Child.  When Christians celebrated, they did not celebrate the return of the sun to warm the crops and bring life to the fields, but the coming of the Son of God to bear our sins and give eternal life to all who believe.

Christians seem to have spent more of their lives thinking about their faith, back then.  They had to, it was illegal and could be fatal to be a Christian.  When Christians laughed and made merry, it wasn't under the influence, frantically dodging the difficult realities of life for a few hours.  Christians were celebrating life itself, eternal life!  That is why the Christmas tree became such a popular symbol - an evergreen: even in the darkest and bleakest of winter it remained green and alive.  It was a promise and a hope in vegetable form.  It was a symbol of life in the midst of death.  And so, green became a color of Christmas - green, the color of life.

Green is a good color for Christmas, because that is what we celebrate.  We celebrate life.  We celebrate Him who is life as John wrote in his Gospel, In Him was life, and the life was the light of men.  The green of Christmas should remind you of the Creator and giver of life who came down to bring life and immortality to light.

In that sense, Christmas is a double edged holiday.  On the back edge, if you will, we see this gift at Christmas.  God sent His Son to take on human nature.  He didn't put it on as a robe, however, as something which might later be discarded.  He became flesh.  That is the doctrine of the Incarnation.  He took the humanity into His being, becoming not only what Adam and Eve should and could have been without sin, but becoming something much more.  He took on human nature, human flesh, and a human soul, never to set it aside again.  God has become like us – except in sin – so that we might become something like Him, also without sin..

The front edge of the holiday, if you will, looks forward to Jesus Christ coming again in glory, when God shall give life and immortality to all those who have loved Him.  What we will be on that day is more than what we would have been without sin.  Scripture teaches that we shall be like Him, for we shall see Him as He is.  Even here, God takes the worst - sin - and turns it around into a blessing for us just as He promised.

In Christmas, Jesus became man and dwelt among us as Immanuel, God with us.  He showed us what righteousness was like by doing it.  He demonstrated what life without sin was.  He kept the whole law for us.  Because He was man He could take our place under the law and do perfect righteousness for us.  That is why Scripture teaches that Christ is our righteousness.  Because He is one of us, He knows our state.  He knows our sorrows.  He knows our temptations.  And He knows it all by experience.  As Hebrews 4:15 says, We do not have a high priest who cannot sympathize with our weaknesses, but one who has been tempted in all things as we are.  But He did not sin.  He did righteously for us all.

But we have sinned.  We have earned death.  So He took our death for us.  He could do that as man also.  His human nature made Him an appropriate and proper substitute for us.  The fact that He was still and always true God made His substitution of surpassing value - surpassing the value of us all.  He could substitute for each of us because He is truly a man, and for all of us because He is true God.

He took our death and gave us His life.  He took the wrath of God and gave us the love of God.  He bore the curse and laid upon us all the blessings.  Therefore, as Hebrews 4:16 concludes: Let us therefore draw near with confidence to the throne of grace, that we may receive mercy and may find grace to help in time of need.
The Christmas tree has always been a symbol of life in the midst of death.  That is where we find ourselves in Jesus Christ.  We are buried with Christ by Baptism into death, and then raised by that same baptism into eternal life before God.  But at this point in time, this mystical union with Christ is spiritual.  The flesh is still caught in sin and dying.  So we are, like the Christmas tree, alive in the midst of the winter of death.  Saints and sinners at the same time.  Alive forever in Christ, and yet perishing in the flesh due to sin.  How we need to understand an believe that grace in these evil times!

The green of Christmas reminds us of that life within which will one day become life on the outside as well.  We look forward in the Advent season to the coming day when God the Father will send His Son to earth again in glory.  On that day, He will separate His faithful from the unbelieving world, and will give unto all those who trust Him eternal life of both body and soul together.  And we shall have life in the fullest.

This will be life without sin - and without the possibility of sin.  This will be life without the effects of sin.  There will be no death - not the little pieces of death we call sickness, nor any results of death such as sorrow, fear, and pain.  It will be life in capital letters.  We will live righteously.  We will know the will of God and delight in it, and do it with joy.  We will be reunited with one another, and with all of those who we have known, even if only dimly - St.  Paul, Luther, Walther, and those godly ancestors who preserved for us the Word of God that we might hear it plainly and believe.

You and I are, in a sense, also Christmas trees.  We are life in the midst of death.  We look back on the spring of Bethlehem and the bright summer of Easter.  People can see that in us - if we reflect it.  We stand as living symbols of the coming spring of the resurrection of all the dead, when the glory of Jesus Christ shall shine down on the graves of His faithful ones and warm the seeds there planted and produce a harvest of immortal and incorruptible and eternal flesh to inherit all that the Father has promised.  It is our holy calling to reflect that life in the midst of our dying world - reflect it by word and deed.

The Son-rise is coming.  That is the message and meaning of Advent.  Then everything will turn green, the color of life, or will be melted away and burned up by the heat of His coming.

Think of those evergreens which turn brown in the winter have no life, but only corruption and decay.  The coming of the sun of summer does them no good, but hastens their collapse.  Even so, the green of Christmas reminds us that there is that other reality, where the green is not.  Unlike pine trees, however, we can spread the green by sharing the truth of God's love - starting with the realities of sin and death, and ending with the promises, certain and sweet, of eternal life through the death and resurrection of Jesus Christ.

John 5:26 says Just as the Father has life in Himself, even so he gave the Son also to have life in Himself.  The green of Christmas reminds us that the Son has given us life from His abundance, and has swallowed up our death on the cross.  Just as we look at the evergreen and see the hope of the life of the coming summer, we can look at the green of Christmas and see a reminder of the coming of the Son of God - that's what Advent is all about - to give eternal life to us.

In the Name of the Father, and of the Son, and of the Holy Ghost.
(Let the people say Amen)
Posted by Cuda at 12:47 PM