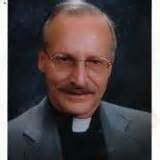 I met Paul while I was a student at Concordia College in St. Paul Minnesota.  I can no longer recall if it was my first year or my second year there.  There are too many memories and it was too long ago, back in 1969, I believe.  We met because his dormitory roommate at the time was struck by how our senses of humor were so alike.  We were introduced at the campus coffee shop's informal "Laugh-In" evening of improvisational humor.  We went on to make quite a hit of our improvised skits and jokes.  We were fast friends ever after, discovering that we shared the same love for theology as well.  I met Paul the day after he had met the woman who became the love of his life, and eventually his wife, Bonnie Bruhn.  I was always a third wheel for that first year.

Paul loved Luther.  He was the first person I knew who subscribed to the Luther's Works subscription program, buying every volume of the American Edition as soon as it came out.  His other great interest was the Creation/Evolution debate. When it came time to write his Master's Thesis, it included those two interests.  It was entitled, "Luther on Evolution".  It was great stuff.

This is not an authorized obituary, but a remembrance of a friend.  We saw each other through very difficult times.  He was my friend when my first wife chose another man and divorced me.  I was his friend, and hopefully of some comfort, when he was driven out of his parish in Garrison, Minnesota, by the sort of unjustified abuse and unconscionable attacks that have become all too common in the Lutheran Church today.

We were there for one another in good times too.  He was best man when I married my second (and still) wife, some twenty-seven years ago, and he is God-father to my first-born son.  I was his close friend when the Lord surprised Paul and Bonnie with a daughter in their mid-forties, and he honored me by asking my wife and me to be god-parents for their only child, a daughter, now 17 years old.

Paul was an amazing man in so many ways.  He was the editor of the Bible Science Newsletter for many years.  He created the one minute radio spots called "Creation Moments" that continue yet today.  He spoke widely on Creation and the issues surrounding the debate in our society, and not just in Lutheran circles.  It is little known that Paul was, briefly, an independent publisher, co-founder of Onesimus Publishing, which published several tracks and pamphlets and one good book.  Paul served faithfully as a pastor in the Lutheran Church-Missouri Synod, a vacancy pastor for different congregations, and did pulpit supply after he left the parish ministry many years ago.  He was a member of the ministerium of the LC-MS to the day of his death. He was also a sinner, one that rejoiced in the forgiveness Christ poured out on Him in Word and Sacrament.  That, too, was part of what marked Paul as special.

One character trait that struck me as marking Paul was consistency.  He was a faithful Christian.  He was a consistent and thorough theologian.  He was a meticulous researcher and and excellent teacher.  When Paul settled on something, he did not change.  For example, I knew Paul before he had a mustache.  I always liked to grow a beard every winter and cut it off in the spring.  Paul asked me about it and I suggested that he should try it.  He did.  He grew a beard and then he wore it for it for years.  Eventually he shaved the beard, but after that day, I never saw Paul without his mustache.

Mostly, to me he was a good and faithful friend.  In our final conversation just a couple of weeks before his passing, he reaffirmed his friendship, confessed his faith, and joked about having Martin Luther pour a beer for me, too, to be ready for the day I would be joining him at the heavenly table for that meeting with brother Martin we have been waiting for anxiously for so long.  His sense of humor was the primary impetus in our meeting, and it was still active in our final conversation, during which we spoke of death.  I said it was weird for me to be talking to him about his death as such an immanent thing, and he said, "Yeah, it's kind of weird for me, too."

Now He has finished the race, passed through that dread door, and is with the Lord he served for most of his life.  I thank God for Paul.  My life would have been much poorer, and certainly a great deal different without Bartz in it.  It is at times precisely like this that the message of Christ and the salvation He has wrought for us is so precious.  I shall see him again, because of Jesus Christ and His great grace.  I take comfort there, and pray for Paul's family, that God will strengthen and comfort them through the Gospel.  Meanwhile, the tears are appropriate.  Paul Bartz is man to be missed.
Posted by Cuda at 8:00 AM