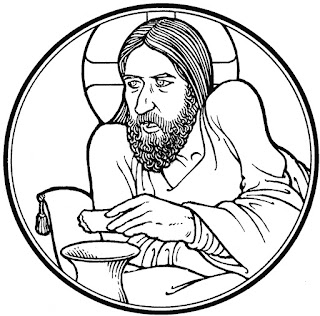 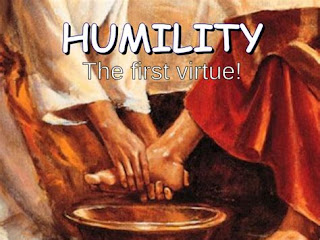 And it came about when He went into the house of one of the leaders of the Pharisees on the Sabbath to eat bread, that they were watching Him closely.  And there, in front of Him was a certain man suffering from dropsy.  And Jesus answered and spoke to the lawyers and Pharisees, saying, "Is it lawful to heal on the Sabbath, or not?"  But they kept silent. And He took hold of him, and healed him, and sent him away.

And He said to them, "Which one of you shall have a son or an ox fall into a well, and will not immediately pull him out on a Sabbath day?"  And they could make no reply to this.

And He began speaking a parable to the invited guests when He noticed how they had been picking out the places of honor; saying to them, "When you are invited by someone to a wedding feast, do not take the place of honor, lest someone more distinguished than you may have been invited by him, and he who invited you both shall come and say to you, ‘Give place to this man,' and then in disgrace you proceed to occupy the last place.  But when you are invited, go and recline at the last place, so that when the one who has invited you comes, he may say to you, ‘Friend, move up higher'; then you will have honor in the sight of all who are at the table with you.  For everyone who exalts himself shall be humbled, and he who humbles himself shall be exalted."

It had to be a difficult way to live.  Jesus probably experienced the reality of modern celebrities way back then.  People were watching Him, looking for an opportunity to do Him in.  They were not merely content to wait, they were baiting the trap, setting up situations where Jesus might do something they thought they could use against Him.  They would quiz Him, hoping for a sound-byte that would serve them.  In our Gospel, they set a man in front of Him who was sick and just waited for Jesus to do something they could use against Him.  Our theme is "Humility".

Not that the adversaries of Jesus had any.  They apparently had no shame either.  He is invited out to dinner at the home of one of the leaders of the Pharisees, and they set a seriously ill man in front of Him.  They knew that Jesus had this proclivity to heal, and I suspect that they wanted to use the Sabbath Law of absolute rest as a weapon against Jesus, if He should heal the man.

Jesus took the question directly to them.  He asked them, speaking directly to the head Pharisee and the Bible Experts who stood around him.  He said, "Is it lawful to heal on the Sabbath, or not?"   They could not answer – or they chose not to, and since they could not condemn that action in principle, they lost the ability to use it against Jesus in this situation.  So, Jesus healed the man.  Score one for Jesus.

But He didn't just leave it there.  They had put Him to the test, and He returned the favor.  He pointed out that what He had done was just common decency and concern, something that every one of them would likely have done, if the situation were just a bit different.  And He said to them, "Which one of you shall have a son or an ox fall into a well, and will not immediately pull him out on a Sabbath day?"  And they could make no reply to this.  He pointed out that even if it were an animal, they would have rescued it.  There was no shame, no violation of the Law of God in rescuing one of their fellow-men from evil, even on the Sabbath.  Their silence speaks clearly.  Jesus was right, and even their test was wrongly conceived.

Their problem was their pride.  The word you probably hear used in such circumstances is "Hubris", although it is usually pronounced "Hyoobris."  They were the leaders, or so they thought.  They were the clever ones and they were to be respected and feared!  Their pride showed itself in the way they went about seeking the best places at the dinner.

They lay around the dinner on pillows.  The "important people" would have certain places where they would lie, and everyone else sought the good spots, close to the important people, where they would be able to participate or at least hear the conversation.  Jesus seizes upon the competition for the best spots and uses it as a parable about pride and humility.  The elements of the parable are drawn from the activities around them, but are extreme, to focus on the lesson.

He says to choose the lowest spot - the least desirable place, rather than going for the best spot.  If you choose the best spot, and someone more important than you, in the eyes of the host, arrives, you will be humiliated and forced to slink off to the lowest place, the place everybody avoided, and so it is the only one open.  Jesus says to choose the least desirable spot.  Then the host will see you, and invite you to move up, and you will have honor in the eyes of everyone else.

Practically, does it work that way?  I don't know.  I suspect sometimes, yes, and sometimes, no.  But this is a parable - and everyone can clearly see the principle here.  Pride can lead to humiliation.  Jesus says, in fact, that before God it always does.  Humility avoids the pitfalls of pride - and can bring the delightful moment of what Jesus calls "exalting" when you are asked to move up.  Again, in the presence of God, humility is always rewarded.

But this is about the Gospel.  Within the Gospel, there is no room for pride.  We don't earn or deserve a thing.  Earthly position and human effort accomplish nothing, and holding them out as our rationale, our hope, or our sense of entitlement is pointless.  Not one of us deserves the invitation to the dinner which is eternal life.  If we don't just naturally belong at the dinner, our place at the dinner is also not ours to choose.  We may think that we are something, or that we deserve something – but we don't.  I think St.  Paul was pointing at this very thought in Philippians 3: "If anyone else has a mind to put confidence in the flesh, I far more:  circumcised the eighth day, of the nation of Israel, of the tribe of Benjamin, a Hebrew of Hebrews; as to the Law, a Pharisee; as to zeal, a persecutor of the church; as to the righteousness which is in the Law, found blameless.  But whatever things were gain to me, those things I have counted as loss for the sake of Christ.  More than that, I count all things to be loss in view of the surpassing value of knowing Christ Jesus my Lord, for whom I have suffered the loss of all things, and count them but rubbish in order that I may gain Christ."

It doesn't matter who we are.  It is of no account what we are able to do, or what good things we have done.  Our sense of deserving is wrong, because it always overlooks our sins and measures our worthiness by the wrong standards.  In the Gospel, everything is gift.  Everything is Christ!  He died, not us, even though the sin and the guilt is ours.  He gives us undeserving people His life and His eternity and His love.  If we presume to claim a place, an honor, an importance even here in our congregation, we claim something that belongs to Jesus, and it is His to bestow as He wishes.

Only true humility can see that and accept that.  True humility is to see yourself in the Law, and know that there is no way you can deserve what you so long for – God's favor, and salvation.  Our hope is not found in self-assertion, or self-promotion.  Our hope is found in humility - that is in repentance.  We have to be humble enough to see ourselves as we truly are and confess our sins and seek God's forgiveness.  Only when we take that lowest place at the dinner, can our Savior invite us to ‘come on up higher' and give us a place at the table of salvation.  Then we truly have honor in the eyes of all, not the honor of someone who thinks he is something, but the honor of being chosen, beloved, truly valued by God Himself, and made a member of the household of God in Baptism, and invited by one no less glorious than Jesus Himself to break bread with Him and eat at His table.

Then, in life, we go where He sends us and do the things He gives us to do.  Who we think we are isn't important.  What we want or what we think we may deserve for whatever reason is irrelevant.  Our very presence at the Supper is the delightful gift of our Lord.  Better the lowest seat in the kingdom of heaven than the highest glory in the kingdom of Hell.  Our salvation is all about Jesus.  He won it, and He gives it.  He forgives you all of your sins, and He calls you by name into His family and makes you are sharer in His glory both now and for eternity!

So what if life didn't turn out the way you had dreamed?  You have everlasting glory instead.  So what if you are bearing a cross you would rather not bear, a cross which you did not anticipate?  Jesus already bore the cross on your behalf, and He is giving you something important to do - but important in His eyes, not necessarily in your own.

Humility.  It is the state of those who know themselves, both as sinners, and as those who have possession of something that they just have no business having – the grace and favor of God.  But they have it because Jesus has seen them and invited them to move on up, and exalted them in the presence of all humanity.

When Jesus teaches the importance of the attitude of humility, He is not engaged in some abstract speculation on ethics.  In fact, while He was teaching it, He was already living it out.  He humbled Himself to be born human.  He humbled Himself to live among sinful men.  He humbled Himself to the point of death, even death on a cross.  He made Him who knew no sin to be sin on our behalf, that we might become the righteousness of God in Him.  And therefore, by His stripes, we are healed!  So, when Jesus is urging humility, He is not just recommending a successful approach to social engagements, He is telling us how we may be like Him, and what it is that shapes the minds and the lives of those who will sit at table with Him at the Wedding Feast of the Lamb of God in glory.

So, your life is the gift of God, both here and now – and in eternity.  It is grace and forgiveness and not deserving or self-chosen glory.  But you can only accept that, if you exercise true humility.  So, repent, and believe, and trust in the Lord with all your heart, and do not lean on your own understanding (or preferences) In all your ways, acknowledge Him, and He will make your paths straight.

The name of the game is "humility".

In the Name of the Father, and of the Son, and of the Holy Ghost.
(Let the people say Amen)
Posted by Cuda at 10:46 AM