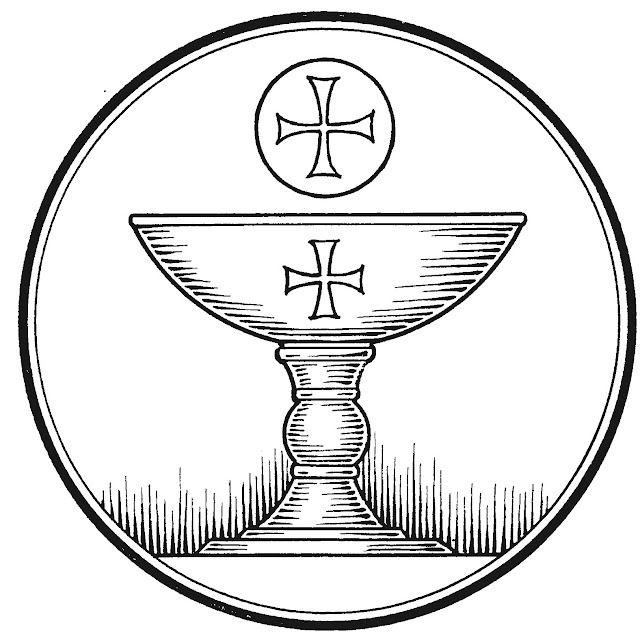 In Acts 19, Luke relates the account of some Jewish exorcists who were jealous of the blessings which God had bestowed on Paul.  Paul was working wonderful miracles, even people who were touched by handkerchiefs Paul had handled were being healed of their illnesses.  Those who were not Christians, but thought that they had the right to God's power and blessings were trying to take advantage of Paul and what He was doing – not understanding that the power was real and that the power was not in Paul, but in God.  The Bible says, and let me read you a couple of verses:

But also some of the Jewish exorcists, who went from place to place, attempted to name over those who had the evil spirits the name of the Lord Jesus, saying, "I adjure you by Jesus whom Paul preaches."  And seven sons of one Sceva, a Jewish chief priest, were doing this.  And the evil spirit answered and said to them, "I recognize Jesus, and I know about Paul, but who are you?"  And the man, in whom was the evil spirit, leaped on them and subdued all of them and overpowered them, so that they fled out of that house naked and wounded.

I share this account with you as an example of what our text is speaking about, this morning.  Jeremiah is speaking the word of God to the people of God, telling them that God can tell the difference between the truth and a lie, between sincerity and hypocrisy.  God warns those who would be His people not to indulge in self-deception and place their trust in anything but Him alone.   The priests in our account from Acts did not know God, and did not believe in Jesus, but they tried to claim the "something" that was there anyhow, and when they spoke in their unbelief, their words were without any real authority or power.   They spoke ‘empty words'.  Our theme, this morning, is "Empty Words".

Let me begin by reading the verses just following our text.  It will save a lot explaining.  "Behold, you are trusting in deceptive words to no avail.  Will you steal, murder, and commit adultery, and swear falsely, and offer sacrifices to Baal, and walk after other gods that you have not known, then come and stand before Me in this house, which is called by My name, and cry, 'Deliver us!'-- that you may do all these abominations?  Has this house, which is called by My name, become a den of robbers in your sight? Behold, I, even I, have seen it," declares the LORD.

They were used to calling on God when it was convenient and when they had a need, and ignoring God when things were good.  They used His house for whatever purpose struck their fancy -- even when it was a purpose for which He had expressly forbidden the use of His house.  They ignored Him in their daily lives, and even in their worship, and did the very things He had commanded them not to do.  They acted as if He did not exist, or He could not see them, until they got in over their heads, and real trouble came a-calling, and then they were all pious and called on God.  When the prophets warned them of the dangers of what they were doing, they would hide behind who they were - or who they were supposed to be – and the fact that they had the temple of God among them.

The words of the people of God who did not live as the people of God, nor honor His covenant, words they intended to use to identify them as God's people and expressing their certainty that they were under some sort of divine protection, were empty words.  They were empty because there was nothing behind them.  Oh, God was real.  His love for them was real.  His power was real, and His house was real.  It was His people and their faith in Him that was not real.  They were leaning on a covenant with God which they freely ignored and violated.

Oh, they said they were Jews.  They say it today.  They claimed to be God's people.  But they did not live it out.  They worshiped other Gods.  They did evil.  They treated one another and foreigners in ways expressly forbidden by God.  They did not live as the people of the covenant.  They refused to be holy, and yet they assumed that they had God all tied up and boxed in and that He was going to have to take care of them and rescue them.  They were trusting in deceptive words, empty words, because they were merely pretending to be God's people but living out something quite different.

The Word of God, here, underscores the truth that what you believe determines what you do, and, on the other hand, that what you do and how you behave, reveals what truly is in your heart.  Holy people do holy things.  God's people walk in the light of His will.  Those who refuse to do so, demonstrate that they are not holy nor God's people.  And anything they might say to the contrary is just empty words.

The application of this word to our lives would seem pretty clear.  We don't want to be the sort of people who rest their comfort and hopes on empty words.  There are a lot of those sorts of people around today.  They talk about being Christian, but they do not let God's Word change their lives or how they live them.  They lie to one another and cheat one another, and then go to church on Sunday and claim that they are God's people.  They gossip about others, politic, take advantage of others, manipulate people -- and then call themselves God's Children.  But those are empty words.

Then there are those who want to call themselves Christians without even coming to church.  They miss weeks at a time, sometimes months at a time – some just about never make it to church, and yet, heaven help you if you criticize them or suggest that they are less than faithful.  They want to believe that they receive every blessing of being the child of God without actually being the child of God.

The message here is not about behavior, or church attendance, or religion, really, it is about reality, and about faith, and about what is in you and what is a priority for you.  Too often, people get caught up in debates about religion, and about what they can or cannot do and still be a Christian.  But that is not the point.  The real point is Jesus.

The real focus of our faith is not on what we do, or how we behave.  The real focus is on Jesus, and what He has done.  He has carried our sins to the cross.  He has died an ugly death on an instrument of torture in our place.  He has borne the wrath of God against our sins, so that we might be forgiven.  He has done what needed to be done, and now He pours out forgiveness of sins and life and salvation upon us.  Those riches are received by grace through faith.  So, he that believes and is baptized shall be saved.

The question is, what do you actually believe?  The children of Israel of  Jeremiah's day knew about God.  They knew His name, and they knew His promises.  They had an understanding that God rescued and that God saved.  They even had some sort of expectation about God and the temple and their security in this world.  But they did not believe.  They did not have trust in God in them, or a relationship with God.  They simply knew about Him, and according to legend, that God would do such-and-so for them.

They didn't ask who God was.  They thought they knew, and didn't really think much past that simple point.  They did not ask what God expected from them or wanted from them.  They knew what they expected from Him and they felt a sense of entitlement.  It was like God owed it to them, no matter what.  They didn't ask how God would color their thoughts, shape their values, or alter their behaviors.  The just believed empty words.

How does your life reflect your faith?  Do you stop to consider who God is and what He expects from you?  Or, do you just figure that God owes something to you because you call yourself a Lutheran, and count your blessings as entitlements?  Have you stopped to consider the seriousness of sin?  Look at the price God paid to set you free!  So, do you then casually wander back into sin, as though it really means nothing?  God has to take you any way He finds you, right?  Just like it doesn't matter which church you belong to, or how often you worship, or whether you have any respect or regard for those God sets among you for your teaching and encouragement.

What is it that your life says about God and His place in your life?  Does it say that you know the rich grace of God, and how little you deserve His forgiveness and salvation?  Or, does your life say that you haven't really thought about it?  Are you a Christian, or a pretender?  Are you a Lutheran, or a spiritual epicurean at a smorgasbord of theological traditions?  Are you a member of Immanuel Lutheran Church of Bartlett Township or are you merely a spectator?  "Member" means "body part."  You are part of it and it is part of you.  We are part of you!

Stop and think.  Your life speaks the truth about you even when your lips do not.

A lot of people call themselves "Christians", but for many it is just an empty word.  It doesn't shape their life.  It is just another band-name label in their wardrobe.  Christians live in connection wit

h Christ.  It means that they cannot live or choose without taking Jesus Christ into account.  Truth is what He tells us it is, and right and wrong are determined by God's clearly revealed will.

"Lutheran" means many things - it means forgiveness from God first, and from us to others second.  It means clear doctrine, not taken for granted, but insisted upon and contended for.  It means the true body and blood of our Lord in the Sacrament.  It means the historic liturgy, and life of the congregation as fundamental to the life of faith of the individual members.  If you are a Lutheran, these truths are precious and vital for you.  If your faith-life is not shaped by these truths and values, then calling yourself a "Lutheran" is just more "empty words".

Ours is an age of sound bites and "image".  Many people allow themselves to get caught up in deceptive words, empty words that suggest something is real, or that they value something when, in fact, they don't.  We have become accustomed to doing without thinking about what we do says about us.  Jeremiah reminds us by the Word of God, that what we do reveals who we are and what we believe.  As John wrote in his first epistle, "Little children, let us not love with word or with tongue, but in deed and truth."

In the Name of the Father, and of the Son, and of the Holy Ghost.
(Let the people say Amen)
Posted by Cuda at 8:57 AM