Living in a post-America America 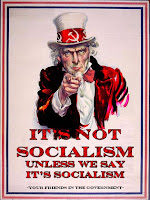 The nation I grew up in no longer exists.  That is a strange thing to say, but it is true.  The geography is still there, changing as it will through time, but the political and social structures are gone.

The news media that once prided itself on at least the pretense of objectivity does so no longer.  It is an active advocate for the socialist and communist agenda.  It no longer reports the news, but filters it for what will advance the agenda factually or emotively, and declines to report most everything else.  Facts actually play a very limited role in reporting and editorializing today, taking a back seat to agenda propaganda.

Laws are only selectively enforced, and always seemingly in line with the “progressive” agenda.  Among the political elite, one needs to be conservative to draw attention and face any legal sanction for one’s conduct.

Lies, deceit, violence and ignorance hold sway in public debate.  Anti-Semitism is on the rise, along with Christian-bashing and persecution in the public forum, and the embrace of Islam and sharia is now the filter for public discourse.

I could almost wish that those advocates for the embrace of Islamic violence could experience what they unwittingly promote, except for the damage that would befall all those around them as well.  It seems that the enemies of liberty always find ready ears and undeveloped minds to in which to fester.

The silent majority, the great hoard of deplorables as defined by Candidate Clinton, need to rise up, and force their representation in Washington  - and at the state level - to represent Americans, to enforce laws upon all, including the elected, equally, to protect the nation against the invasion of non-citizens, and to preserve our liberties against the foes foreign and domestic.

We could start by removing those who have taken office contrary to our election laws.  Secondly, we could enforce the long-standing law against any Muslim serving in public office, because their religion requires them to place Sharia law above loyalty to our nation’s laws.  Thirdly, we need to stop the legal murder of the pre-born, and address the judicial abuse of activist courts.

Because the political will does not exist in our elected officials to represent Americans, but desire to rule over us and fleece us for their own personal advantage, the nation we once thought existed can exist no longer, sadly.
Posted by Cuda at 2:01 PM