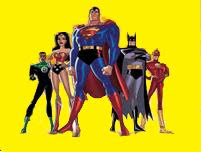 We have read it in the comic books often enough.  The villain tells the superhero that his weakness is that he cares about the little people, or that he has this set of rules that tie his hands that the villain is always prepared to ignore.  We have that problem as those who battle for the truth in the church and in society.  We have guiding principles.  The adversary is often fighting the battle with the 'victory at all costs' mentality.

There seems to be very little point in fighting for the truth and all that is right if we are willing to do wrong in order to achieve the victory.  Those who are on the other side of the battle, however, appear to be willing to say whatever they need to say in order to win, or persuade, or whatever their goal is at the moment.  The problem is apparent, but not real.

Greater still is the problem of the impatience of the one fighting for the truth.  All too often, we want to win the whole battle in one grand effort.  The adversary, on the other hand, is all about the long game.  They work on the plan of incremental gains.  They push and pry and argue and do whatever they are willing to do to gain just a little.  They want to gain a foot-hold.  They want to gain tolerance for their error.  They want to gain a point on the public approval poll.  They do not need the whole enchilada at any one point, because they know that if they get an inch here and now, and then another inch later, that eventually they will win the entire field.

People who stand for the truth are trying to hold their territory.  If they lose a little bit, they take comfort in what they still have, and soon appear to forget where they were and how much they have lost.  I heard an evaluation of the last convention of the LC-MS that acknowledged that several bad things happened, but that they were not as bad as they could be, and some were tempered in the process so that they could be good, in the right hands.  If you are trying to rally the morale of the troops, that may be a reasonable argument, but it is a losing argument.  "We may have lost this much, but forget that and look at what we still have."  If your goal is to lose more slowly, that attitude makes sense.  If your goal is to win, it makes more sense to always remember what has been lost, and aim to win it back.

Standing on the truth is not a passive task, it is a fight.  The enemy must be engaged at every point and nothing can be sacrificed.  The Statement of the 44 in 1945, "the Chicago Statement", serves as a great illustration of the principle.  When it was issued, it created a firestorm.  Most pastors recognized it as false doctrine and something was radically wrong.  After a period of controversy, a compromise was arranged.  President Behnken, unwilling to see the Synod split on his watch, permitted the signers to formally withdraw the statement without repudiating it, without acknowledging that it was wrong, without repenting, and without any charges.  It was as if they said, "Let us pretend that it was never sent out in the first place."  Peace, of a sort, was restored, and the Synod did not split - except for those few conservatives who acknowledged the reality that the Synod had formally corrupted itself and withdrew.

Today the false theology of that horrendous schismatic document is the orthodoxy of the Synod.  It may have been "withdrawn", but the leaven of the document has percolated throughout our Synod.  The spirit of compromise with false doctrine and of the political solution to a theological problem has also infected the Synod, becoming our standard operating procedure.  During the Seminex years, Jacob Preus was also unwilling to see the Synod divided on his watch, and he found political solutions to his theological challenges.  Afraid that the walk-out by students at the seminary and pastors in the field would decimate our Synod, Preus invented an amnesty program of his own for the Synod, and allowed those who had rejected the theological stance of our Synod to simply sign a piece of paper and re-enter the ranks of our roster, preserving their false theology's place in our church body, and providing them with employment.  The ripple-effect of those compromises are still rattling the Synod, as the hand-wringing about the recent elections in many quarters demonstrates.  We are a house divided because we have compromised with the adversary rather than standing firm and holding the line and fighting for the truth.

Another troubling aspect of the problem is that those who fight for the truth seem to grow weary and want to lay down their arms, set aside the battle and focus on the more pleasant aspects of their confession.  The adversary never rests, however.  He just looks for the unguarded door by which he may enter anew and raise the battle again.  Meanwhile, the old battles are never really quite over.  The advocates of error always believe that they are right, and when their opinions are not able to dominate, they seem to seek out teaching posts where they can spread the infection of their ideas to a new generation.  Our age does not understand the principle of destroying error.  Once it is rendered relatively powerless in the estimation of the leadership, practitioners of error are tolerated, and we grant them tenure at some institution, and promote them through the system as though their error were a personal peccadillo of no real consequence, and the stage is set for them to enable the next uprising.

Superheroes in the comic books always seem to leave the job not quite finished and thereby set the stage for their arch-enemy's eventual return.  It makes a great plot point for a story writer, but for real life it simply ensures more division, more struggle, and more pain.  The world of comic books is a pretend place of no real consequence.  The battle for truth in the church and society is of lasting consequence and bears very real results in the real lives of real people.  We cannot grow tired and rest.  The Leader of our cause will decide when it is time for each of us to rest.  Until then, there is always a need to be vigilant, watching for the encroachments of the enemy and taking the battle to the adversary. Oratio, meditatio, tentatio - prayer, meditation, and temptation - make a theologian.  We need to stand firm and always contend for the faith - every little bit of it wherever it is tested or challenged.
Posted by Cuda at 7:11 AM

Your thoughts here are exactly what this layman believes about the errors in our midst.

In addition to the two unresolved issues you mentioned, the sainted Dr. Alvin Barry did the same thing with Dr. David Benke in 1998, by insisting that Dr. Benke sign a document that he didn't agree with.

In 2001, Dr. Benke twice asked Dr. Kieschnick if he should participate in Yankee Stadium, knowing the firestorm it would produce, and, in spite of the warnings, Dr. Kieschnick gave his blessing. When Dr. Wallace Schulz removed Dr. Benke, Dr. Schulz stated he had no Scriptural or Confessional choice in the matter because Dr. Benke's actions (admitted by Dr. Benke) were sycretistic and unionistic. (All of this is documented in Dr. Schulz's report.)

However, when Dr. Schulz's ruling was overturned, the matter became unresolved. Once more, error has been allowed to remain in the LCMS. To add insult to injury, Dr. Schulz was fired by the ILLL.

There are too many other tolerated errors to mention here.

I pray that those of us who are concerned about these errors recognize our need for repentance over our toleration of errors. As with growing the church, the results are not up to us; we are only called to be faithful.